The shih tzu dog, a furry who makes everyone it meets fall in love with

The shih tzu dog, a furry who makes everyone it meets fall in love with 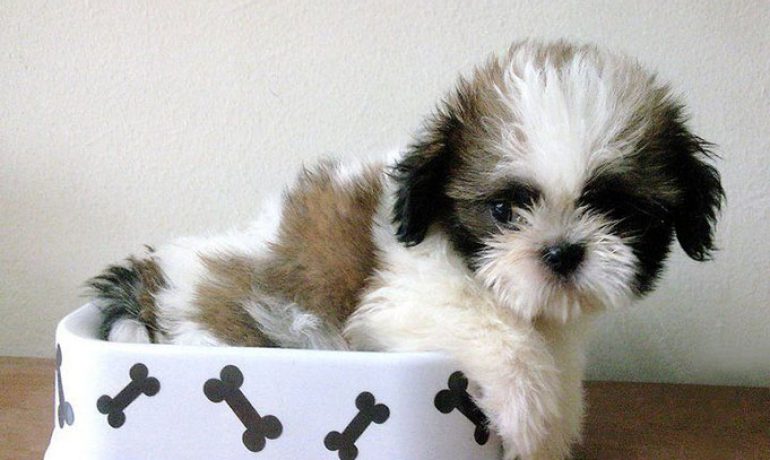 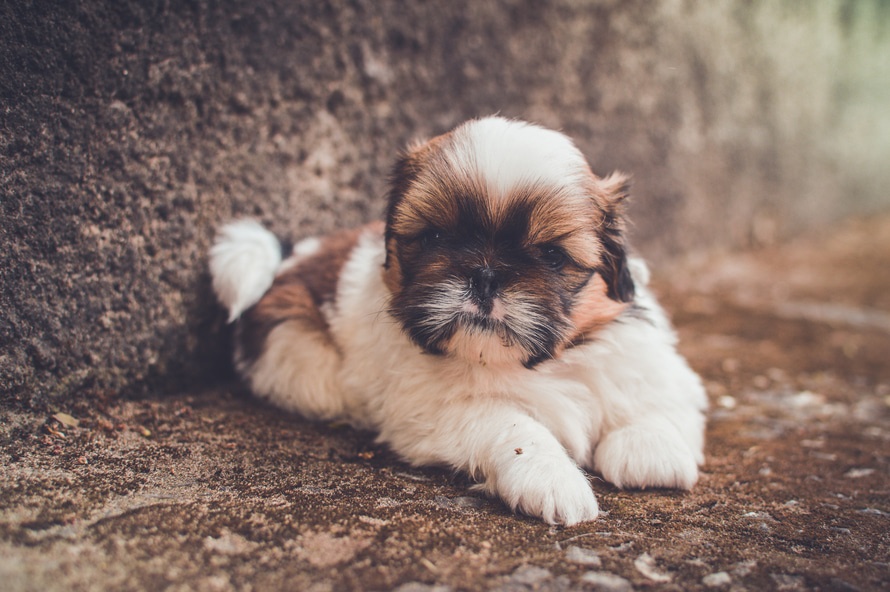 The history of the Shih Tzu

The shih tzu has a lot in common with the Pekingese dog. Both are originally from Buddhist monasteries, where (how lucky!) They were considered sacred dogs. The shih tzu was an exclusive dog of the Chinese nobility, who had it among cotton.  There are so many interesting facts when it comes down to the history and the origin of the Shih Tzu.

In the 1930s, shih tzu dogs arrived in England. There, people confused them a lot with the lhasa apso; in fact, back then, these two dogs were considered the same breed. It was later when it was decided to start considering them as independent races.

Currently, the shih tzu is a highly valued dog as a domestic pet, as well as being the king of canine beauty pageants.

Characteristics of dogs of the shih tzu breed 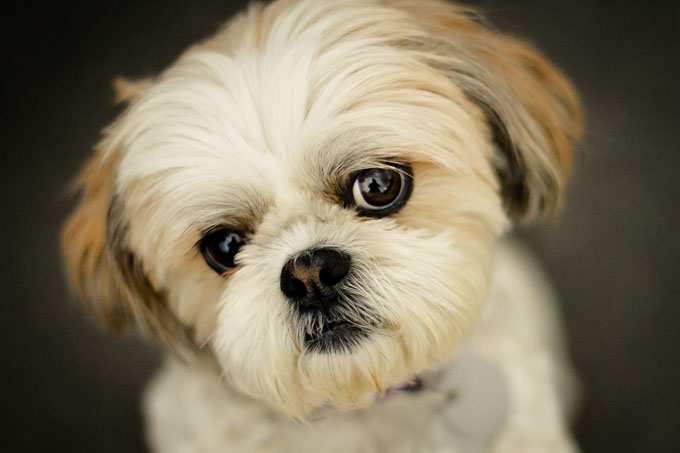 The shih tzu is a small dog and, as it usually happens in dogs with this characteristic, its body is somewhat longer than it is tall. He has a straight back and a broad and deep chest.

The head of the shih tzu is round and wide. It is all covered by its long hair, which gives even more feeling that it is a "big-headed" dog. The hair covers his eyes, which are dark, large and round, typical of small dogs. The ears are hanging at the sides, and when the dog has especially long hair, they visually connect with the head. The long hair of the shih tzu also gives him a characteristic beard and lush mustaches. The truffle is usually black, but sometimes it is also liver-colored; it depends a little on the coat colors.

The tail of the shih tzu is high and rich in hair, it is usually worn on the back.

Hair is the most notable feature of shih tzu. It is long, dense and double-layered. It is generally straight, although there are dogs with slightly wavy hair. Regarding the shade, the FCI considers that the hair of the shih tzu can be of any color, either single color or with spots or areas of various colors. 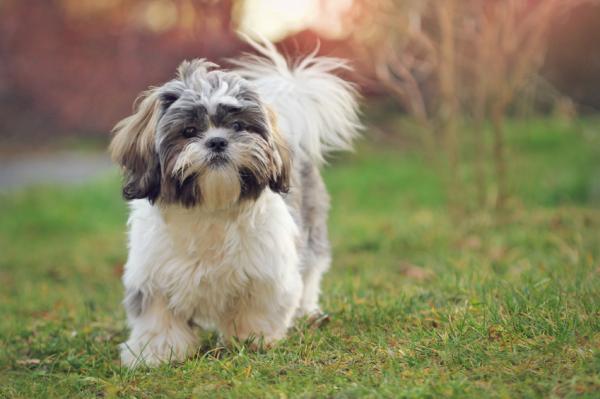 The shih tzu is characterized by being a very affectionate, happy and sociable dog. In fact, these dogs love to deal with people, they are very playful and vital and are easier to socialize than other breeds, as they are sociable by nature. They tend to get along with other dogs, other pets, and people.

If you live alone, the shih tzu is a perfect dog for you. He likes company, is affectionate, calm and adapts to living in any type of home. Also, of course, it is a great dog for families with or without children, as well as first-timers in dealing with dogs.

His character is very pleasant and his education quite easy. However, they are dogs, as we said, with a character very attached to people; This means that they love to be listened to and kept company. Shih tzu do not cope with loneliness well, so they are not appropriate for people who spend most of the day away from home. In addition, they need certain care, we see them below. 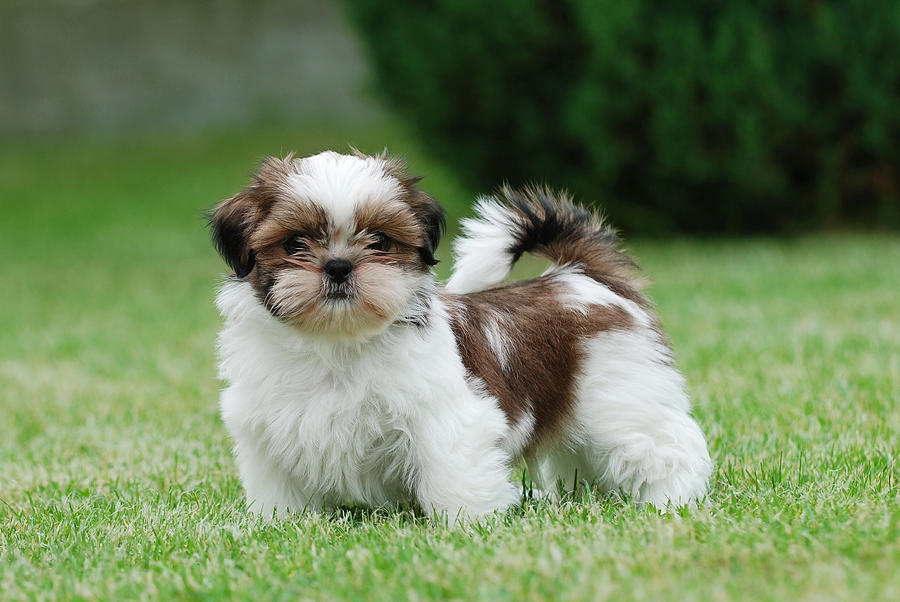 Just by looking at his hair, you can imagine: the shih tzu is a dog that needs daily grooming. Otherwise, your hair becomes tangled, forming very complicated knots, as well as accumulating dirt. If you wish, you can take the shih tzu to the hairdresser and ask him to cut his hair a little, which is often called a “pet cut,” to make grooming easier. Normally, dogs that present themselves to dog contests and such activities are usually left with longer hair, but for pet dogs it is better to leave it shorter. It is more comfortable for both you and the animal.

Don't think that the shih tzu is a lapdog, either. The truth is that they are dogs that demand good physical exercise sessions. Although they have an advantage, and that is that as they are small dogs, part of that exercise (games other than outdoor walks) can be done inside the home.

As we said, these are dogs that enjoy very much feeling part of the family nucleus and that want to live accompanied. They are not appropriate dogs for people who spend little time at home, nor to spend most of the day in a garden or patio. They can go out for a while, but they will want to be mostly inside the house with their beloved family. In case of spending too much time alone, the shih tzu may experience separation anxiety and depression.

As for training, as always, we recommend that you work when the shih tzu is a puppy. Thus, both socialization and learning of basic rules of conduct will be much easier than when he is an adult, who already has more ingrained customs and a fully formed character. Positive, reward-based training is best for shih tzu dogs.

There are no inherited diseases associated with the shih tzu breed, which is a great advantage. But like all dogs, they do have a certain tendency to suffer from some pathologies, such as: